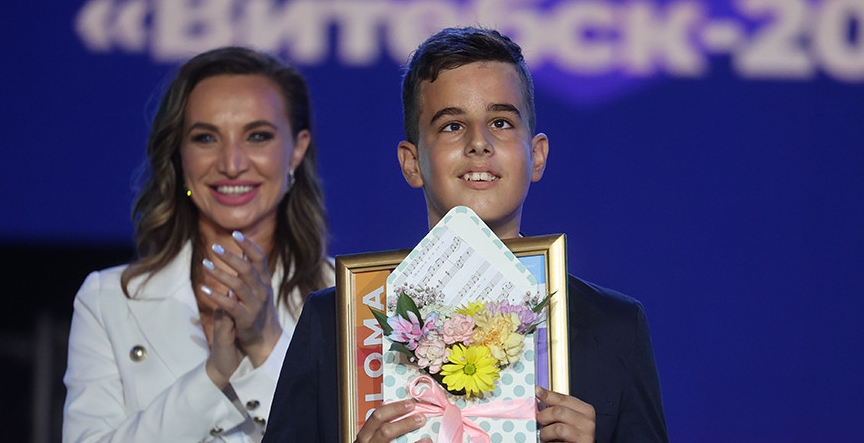 The awards ceremony and a gala concert of the international children's song contest Vitebsk 2021 were held at Slavianski Bazaar on 18 July, BelTA has learned.

The Grand Prix went to Komnen Vukovic of Montenegro. The winner of the first prize was Belarusian Konstantin Mazurkevich. The second prize was awarded to Ksenia Kann from Russia and Elizabet Zaharieva from Bulgaria. The third prize winners were Daniela from Ukraine and Shokhrukhkhon Khalimkhonov of Uzbekistan. Traditionally, the voting results in the children's song contest are not announced. In addition, Belarusian and Russian contestants were awarded diplomas of the Parliamentary Assembly of the Union of Belarus and Russia.

Grand Prix winner Komnen Vukovic said that he was pleasantly surprised by this result. "I did not expect this. At first I didn't know what to think. But I'm proud of myself," the guy said.

Belarusian participant Konstantin Mazurkevich noted that he has positive emotions from the whole festival. "There was some excitement and a lot of joy. I am happy with my award, because this is a large-scale contest with participants from many countries," the winner of the first prize said.

The 30th installment of the International Festival of Arts Slavianski Bazaar in Vitebsk was held from 15 to 18 July. The closing of the festival and the awards ceremonies of the song contests were held on 18 July.